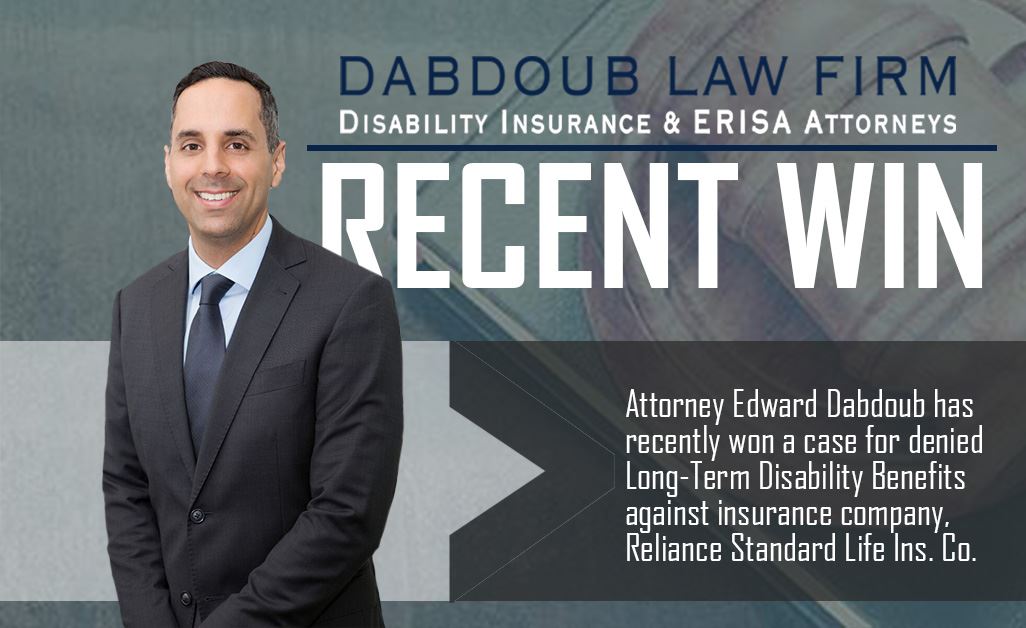 The court found that Reliance Standard was unreasonable in the way it reviewed the evidence. The court found that “Defendant’s behavior suggests that its goal was to find a way to deny Plaintiff’s claim.” Instead of acting as a neutral evaluator, Reliance Standard ignored evidence unfavorable to its position and looked only at the evidence favorable to its position.

In all disability cases, credibility is key. Our firm actively pursues evidence to support credibility in any appeal or lawsuit. If evidence is consistent and reliable, insurance companies generally have no basis for doubting a claimant’s credibility.

Pain as the Basis for Disability

In Dr. Kaviani’s case, Reliance Standard primarily relied on the opinions of two doctors in denying Dr. Kaviani’s claim. Both doctors wrote in their reports that they did not believe pain could be the basis of a disability claim. The gist of their argument was that a person is in pain whether he is at work or at home, so he might as well be at work.

The court flatly rejected this argument and held Reliance Standard responsible for relying on such a position from its physician consultants. The court pointed out that the evidence Dr. Kaviani submitted showed that his pain affected his ability to focus and to hold static positions necessary for dentistry. The court found that a dentist in the level of pain Dr. Kaviani was in could pose a major safety concern – something Reliance Standard should have considered.

Ultimately, Dr. Kaviani’s evidence of disability far outweighed Reliance Standard’s evidence for no disability. Dr. Kaviani submitted a functional capacity evaluation, the results of pain testing, a sworn statement from his neurologist, all his medical records, statements from his former co-workers, and a peer review report, among other evidence.

Having an Experienced Disability Attorney Matters

Knowing what type of evidence is best for your case can be tricky because disability insurance law is complicated. If your claim for long term disability benefits was denied or being delayed by an insurance company, it is important to get legal help from a lawyer who focuses on disability law.

As a law firm built to focus disability insurance, all our disability lawyers spend every day working to get our clients disability benefits from insurance companies.

Because federal law applies to most disability insurance claims, we do not have to be located in your state to help.

Call today to speak with a disability insurance attorney about your disability claim.