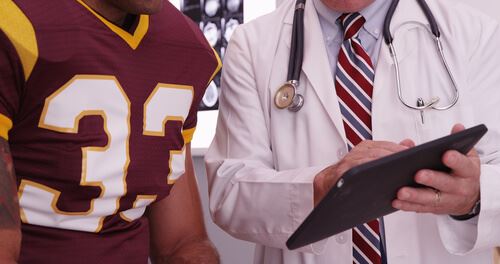 With all the bright lights, fame, and fortune that can come along with being an NFL player, it can be easy for the average fan to forget that, while they may seem like giants among men, the men of the NFL are just ordinary people doing a job. They aren't invincible, they do break, and serious injuries have long-lasting consequences, just like they do for any viewer.

That is one reason why it can be so difficult for former players who have suffered devastating injuries to receive the compensation that they deserve. In a way, these men are like modern-day gladiators, sacrificing themselves for our entertainment. As such, they deserve to receive benefits should they suffer from disabilities long after they have left the game.

Flush with cash, those in the top ranks of the NFL management can make life almost unbearable for a former player, if they so choose. With so much recent media attention on the significant risks associated with playing NFL football, the NFL, as a league, is certainly feeling a squeeze of sorts to continue to make their form of entertainment marketable, while also minimizing the costs of caring for its former players. Unfortunately, this often comes in the form of questionably legal techniques which result in denied long-term disability benefits for players who so desperately need them.

While it is true that many players do sign multi-million dollar contracts, many NFL players receive in the low six-figures for their time. Not to mention that, for the most part, the sport destroys their bodies to the point they can only play for a few years. Even with wise money management and investment, a salary like that, over a short time, can't cover the costs of dealing with life-long disabling injuries.

At Dabdoub Law Firm, we believe in the rights of every individual, no matter what their injuries are, or what profession they received them in. We fight for the rights of NFL players, because for many, especially those who received injuries before the seriousness of injuries the players receive was known, they have no other voice willing to speak up for them. We work hard to get them what they deserve, with hopes of them receiving the best care possible for the rest of their lives.

Our disability insurance lawyers work hard to help injured individuals seek the benefits they are rightfully owed. We know how difficult life can be for a former NFL player who is dealing with disabilities from the game. Now, we’re standing in their corner, doing whatever we can to help.

Call us today to learn more.